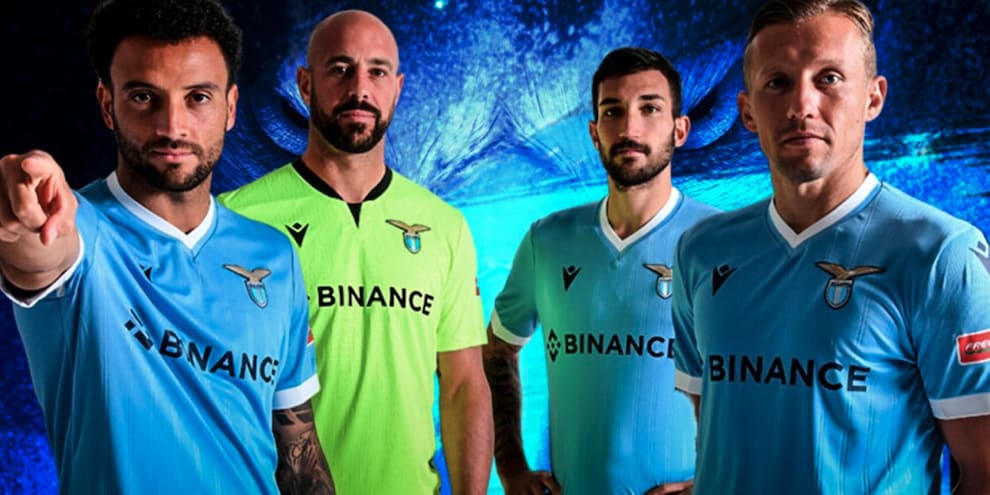 S.S. Lazio, an Italian football club, just announced a partnership agreement with Binance.  Binance will become the club’s new Main Jersey Sponsor.  S.S Lazio is currently 6th in the Italian league (Serie A) and they also finished 6th in the league last season with 68 points.

The announcement was made on the club website and it stated, “SS Lazio SpA is pleased to announce a partnership agreement with Binance, which becomes the Club’s new Main Jersey Sponsor. Binance is a leading blockchain ecosystem and cryptocurrency infrastructure provider, with millions of users worldwide.”

According to the announcement, the deal will last for two years with the option of a third and is worth up to €30 million ($35 million).

“The partnership between Binance and Lazio as Main Jersey Sponsor has a duration of two years with an option for a third year, for a total value in the three-year period, between fixed and variable, of over 30 million euros. The Binance brand will debut on the Lazio shirt and in all communication activities starting with the next home match between Lazio and Inter.

“Not only this, BUT the LAZIO token is also now available on Binance Launchpad with 40 million on sale for a total of $4 million. Access will be available in due course via spot trading, bank card purchases and peer-to-peer trading,” the statement added.

Binance has been introducing its platform to tokens linked to top soccer clubs, and it has taken the next step with Lazio as the launch partner. The exchange had previously listed tokens of rival Italian club, AC Milan, in partnership with Chiliz, the platform known for creating fan tokens. It now appears to be taking a more direct role with its own fan token platform.

Fan tokens aim to spur greater engagement between clubs and their supporters with the opportunity to access VIP experiences, vote on matters pertaining to the club and other rewards.